NOTICE: I am not going to continue development on this.

Welcome to the engine demo for Patent Crawler! [Updated 2015-12-07 to fix spacebar, backspace, etc. causing undesirable side effects.] Unfortunately, due to overestimating what I could pull off in a week, there's not much to do. However, there is plenty of framework for the future. For now, you can have fun shoving around blocks, staring at patent definitions and janky walk animations, and collecting ice cream cones.

Controls for the platformer are WASD for movement and L to jump. (In the future, you'd also use K to use your sword and Enter to pause.)

The idea here is that the game is made up of two parts. The "main game" is to be a sort of Zelda II-like hack and slasher platformer. Easy, dumb enemy bashing in a nice, convoluted maze of rooms.

Of course, because this is the Loading Screen Jam, I can't let the rooms load instantly. Nah, that'd be too easy. You got to wait. To entertain you, I've given you a little text-based adventure to romp around in. Push blocks, solve puzzles, wander around the nice, convoluted maze of rooms...

The twist here is that when you're sitting there waiting for the game to load, you're interacting with the world that the main game takes place in. This could be used, for example, you give the main game you better powerups and access to places he couldn't before, and vice versa. You have to master both characters to win easily.

A gallant knight from the kingdom of Whocares, trawling through this maddening fortress at the top of the mountain to slay the beast that stole the kingdom's princess.

He wears a surprisingly light suit of armour and carries a broadsword for defeating the various enemies that try to stop him, like rats, bats, and excessively large spiders.

A late-1800's inventor/scientist. Slightly short-tempered, no, make that very, and a lot, no, a bit eccentric, and in no way shape or form influenced by actual scientists of the era.

He is in this weird, rat-infested building on top of this hill because he needs to find a suitable mounting location for his new radio transmitter. (He's a dedicated mofo.)

Upon entering the south-west entrance of the castle include a pocketknife, a radio antenna, a bunch of wire, and a book on patented devices. He wasn't exactly planning on slaying any dragons today.

Watson has much experience with the patent system. His encyclopedic knowledge of patents allows him to examine and know how the various mechanisms in the castle work. 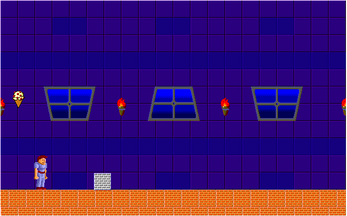 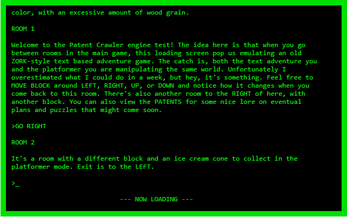 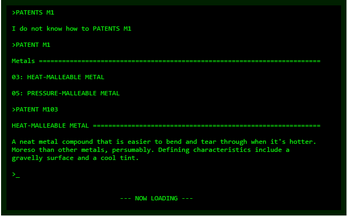